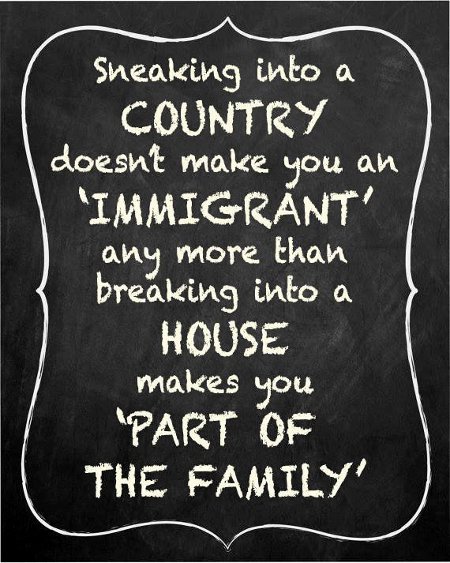 Remedial ESL For Illegals & Their Accomplices

Yeah, this is probably useless. The majority of the illegal aliens can barely read their own language, much less English and, even among the minority which can, they’d reject the message and logic because they just don’t care. They somehow feel entitled to sneak into America for their own, often far less than legal or savory, purposes.

This entry was posted on Monday, April 7th, 2014 at 8:01 am and is filed under Humor, Politics, Society. You can leave a response, or trackback from your own site.