Obama, or more likely his handlers, may have listened to the common refrain, “It’s the economy, stupid!” It certainly looks like Obama is jockeying for position in the 2012 elections by riding the economy. 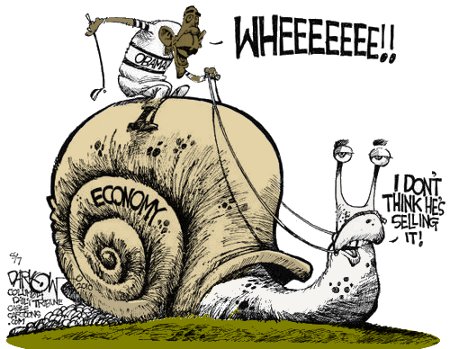 I don’t think that Obama’s selling to the American people though. He’s spent too much time over the last three years selling them down the river – the Yangtze river that is.

This entry was posted on Saturday, January 14th, 2012 at 8:33 am and is filed under 2012 Election, Humor, Politics. You can skip to the end and leave a response. Pinging is currently not allowed.

One Response to “Jockeying For Postition”