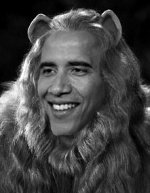 It is obvious and certain that Obama, Pelosi, Reid, and their filthy, treasonous cabal of neo-Socialist Liberals in Congress are fearing Autumn’s fall. The GOP, bolstered by a rising wave of Tea Party approved Republican candidates, is set to make serious inroads in both the US House of Representatives and the US Senate.

I’m quite sure that Obama, facing an already failed Presidency, can see November from his house. Reid and Pelosi have similarly unpleasant views of their bleak future.

In their latest exhibition of cowardice leavened by self-centered greed, the Liberals attempting to rule, not govern, Congress and we, the People of America decided to adjourn early without voting upon any of the 12 annual appropriations bills and the expiring Bush tax cuts. Fearing Americans’ response to their agenda, they’ve decided to forgo performing their job duties until the chambers of Congress return for a lame duck session after Nov. 2 Congressional Mid-Term Elections.

A word of warning – Lame ducks are quite dangerous. Having no hope, they will possess little, if any, fear.  I shudder to think what damage these condemned Congressmen will attempt to cause.

Sad to say, but it might be prudent for we, the People to remind this lame ducks that reprisals can take many more unpleasant forms than terminating their employment and that they and their families might be placed at  certain level of risk if they were to attempt to do any further harm to our nation.

What’s amusing to me is the fact that the Triumvirate of Evil, Obama, Reid, and Pelosi, along with their cohorts are doing more harm to themselves by running away from the issues than they would be by addressing them. Americans loath and despise cowards and overtly self-serving vermin far more than we hate honest and at least semi-honorable enemies.

This entry was posted on Friday, October 1st, 2010 at 8:09 am and is filed under Politics. You can skip to the end and leave a response. Pinging is currently not allowed.