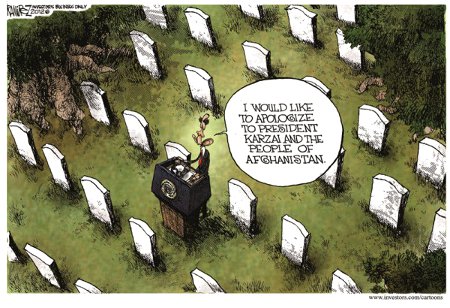 Obama Is The Sorriest President Ever

But there is no sitting American President. There’s only the worthless, selfish, narcissistic boy, Obama. His only real concern about this whole debacle is how it will influence his reelection chances and what course of action(s) his handlers will instruct him to undertake.

By one means or another Americans must change that.

This entry was posted on Thursday, March 1st, 2012 at 2:12 pm and is filed under Politics. You can leave a response, or trackback from your own site.

One Response to “An American President”