What Can We Do?

What can we do? What step can America, as a nation and a people, do to quell Muslim terrorists and make sure that attacks such as those in Benghazi, libya don’t happen again? 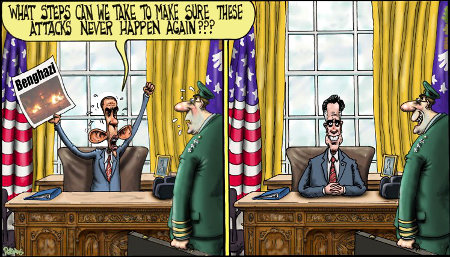 What Steps Can We Take?

That’s a difficult question because many of those steps come with political and economic prices attached to them. The first step is clear and easy though. Get the piece of Dhimmi filth currently befouling the White House out office and replace it with a man who recognizes America’s enemies instead of recognizing America as his enemy.

If we don’t take that first step, we’ll never be allowed to take another.

This entry was posted on Monday, October 22nd, 2012 at 12:59 pm and is filed under 2012 Election. You can skip to the end and leave a response. Pinging is currently not allowed.