The Parable Of The Lions

When it comes to teaching, the importance of the parables can hardly be overestimated. Scholars, rhetoricians, politicians, and philosophers as long ago as Socrates Aristotle used the didactic approach of these succinct stories to teach and illustrate deeper truths and moral or spiritual lessons in a fascinating and intriguing manner that engaged the student.

In light of that, I present the Parable of The Lions:

There was a pride of lions in the African Savannah that did very well. They were the envy of the plains. They did so well that often the other prides would get to feed on their leftovers. In fact, some actually lived on these remains. Their success was based on their great leadership. The Alpha pair would not tolerate laziness or cowardice from the others in the pride. After a while, the other lionsâ€™ envy grew and with it so grew their resentment. They said it was not fair that these few should have so much and meanwhile, they only shared in the scraps and their plight was always a struggle.

As their envy grew, so did their boldness. One day, with the help of other sympathetic beasts, they managed to kill the Alpha pair. They rejoiced in their deed. They now had achieved the equality they sought after for so long.

After a while, the laziness set in for some of the others in the top pride. Without the strong leadership of the Alpha pair, this laziness became more and more prevalent throughout the pride and their skills and abilities diminished.

â€œWhat!?â€ Said the others. â€œYou are no longer leaving scraps for us to take. Thatâ€™s not fair! We are also hungry!â€ So, the others began laying in wait for them to make the kill and then they would pounce on them, overcoming them in numbers and stealing their meat.

The more that this happened, the less that the top pride was willing to hunt. Some that still possessed the cunning and drive moved from the Savannah to another part of the country where again they flourished and built up the pride as it once was.

In the end, the Savannah lions, no longer able to get sustenance for themselves, turned on each other. Now they live a meager existence and share in their equality.

Yes, “The Lions” is a compelling parable that presents both some of the political woes besetting America and rest the Civilized World and the underlying societal and moral failures that have engendered those horrific and destructive political issues.

This entry was posted on Friday, April 10th, 2015 at 8:40 am and is filed under Ethics & Morality, Society. You can skip to the end and leave a response. Pinging is currently not allowed. 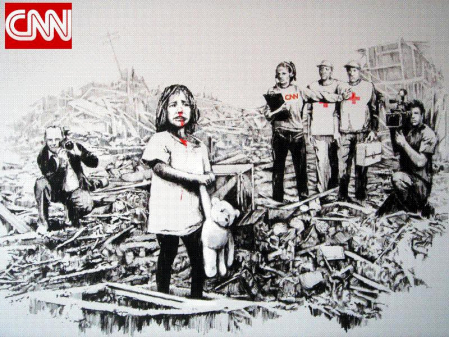 This entry was posted on Wednesday, April 13th, 2011 at 6:27 am and is filed under Society. You can skip to the end and leave a response. Pinging is currently not allowed.