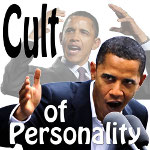 Del. ELEANOR HOLMES NORTON (D-DISTRICT OF COLUMBIA): I happen to believe there has to be a response. I do, I do believe in crimes against humanity need to be addressed, and I am, I canâ€™t believe that the only way to address it is a slight bombing which will somehow punish somebody or deter somebody. I donâ€™t know if thereâ€™s some way other than a military way to address this.

BILL PRESS, HOST: Youâ€™re kind to join us this morning, Congresswoman. Let me just ask you one final question before we let you go. If, as you said, if the vote were held today, the president would probably not win it. If he doesnâ€™t win it, a week from now, do you think the president will be justified in taking action on his own, you know, unilaterally with Congress having voted against it?

HOLMES NORTON: So I think heâ€™ll be in real trouble if he then does it anyway. No president has done that.

PRESS: Itâ€™s not an easy decision for any of you, Congresswoman Eleanor Holmes Norton.

HOLMES NORTON: Oh, and Iâ€™d like to say, Bill, that if he gets saved at all, I think itâ€™ll be because, itâ€™ll be because of loyalty of Democrats. They just donâ€™t want to see him shamed and humiliated on the national stage.

HOLMES NORTON: At the, at the moment, thatâ€™s the only reason I would vote for it if I could vote on it.

This entry was posted on Thursday, September 5th, 2013 at 10:36 am and is filed under Politics. You can skip to the end and leave a response. Pinging is currently not allowed.