There a only a few things that we mortals can count upon: death, taxes, and that Bill Clinton was, is, and always will be a dawg. 😉 What we might not be able to count upon is that the afterlife is as perfectly ordered and efficient in processing arriving souls on to their final rewards or punishments as we’ve been told that it is.

That’s Ol’ Billy Clinton. He’s always been a good ol’ boy, ever ready to use his Arkansas toothpick. 😆 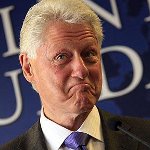 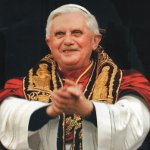 This entry was posted on Saturday, April 9th, 2011 at 7:04 am and is filed under Humor, Religion. You can skip to the end and leave a response. Pinging is currently not allowed.