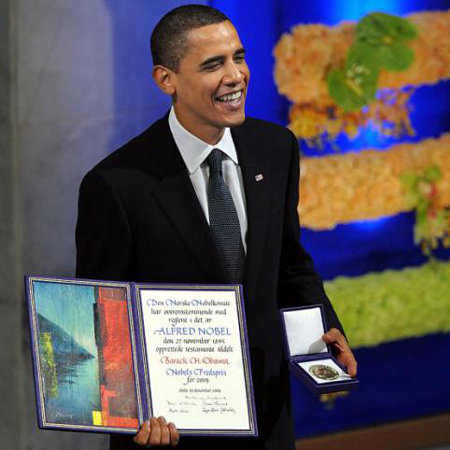 Well, it seems that Geir Lundestad, the non-voting Director of the Nobel Institute until 2014, has admitted in his new memoir titled Secretary of Peace: 25 years with the Nobel Prize that the Institute granted Obama the Peace Prize in order to encourage him and a helping hand. Lundestad also admitted that the handout’s effects failed to live up to the Nobel panelâ€™s expectations when they gave it to Obama.

This entry was posted on Tuesday, September 22nd, 2015 at 10:21 am and is filed under Politics, Society. You can skip to the end and leave a response. Pinging is currently not allowed.