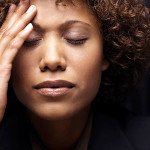 This worry is a part of parenting and dealing with the expressions of those concerns part of being a child, especially a daughter. It’s just a normal part of family life and the alternatives are far worse.

Sometimes though, especially in this age of working mothers, the parental worry is misplaced. A case in point:

The mother of a 17-year-old girl was concerned that her daughter was having sex.

Worried the girl might become pregnant and damage her future, she consulted the family doctor. The doctor told her that teenagers today were very willful and any attempt to stop the girl would probably result in rebellion. He then told her to arrange for her daughter to be put on birth control and until then, talk to her and give her a box of condoms.

Later that evening, as her daughter was preparing for a date, the woman told her about the situation and handed her a box of condoms.

The girl burst out laughing and reached over to hug her mother saying, “Oh Mom! You don’t have to worry about that! I’m dating Susan!”

Well, at least the girl won’t come home pregnant! 😆 And really, is this so very, very bad?

Of course, if the mother was hoping for grandchildren, there might be a problem but there are plenty of ways around that these days.

This entry was posted on Friday, September 10th, 2010 at 10:22 am and is filed under Humor, Society. You can skip to the end and leave a response. Pinging is currently not allowed.