It would almost be nice in comparison if Obama was nothing more than a cynical manipulator and consummate grifter. Unfortunately, the Narcisist-in-Chief probably does believe the shit that keep drooling out of slack-jawed maw. 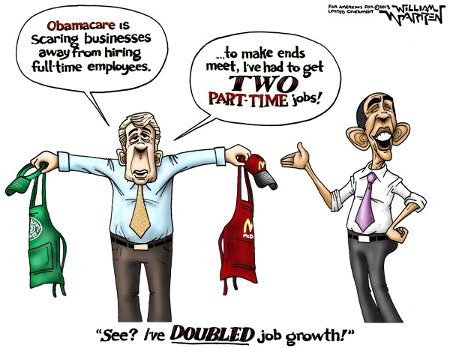 Obama’s Reality Is A Bit Different From Ours

One has to wonder what will come next. Perhaps it’ll be claims from Obama that he’s equalized the races by dragging Whites down to the same average poverty levels as Blacks? Or maybe it’ll be that he’s close the gender wage gap by unemploying and underemploying so many men?

We can’t tell yet though. Predicting what delusion will take the boy next and how it will warp objective reality to match Obama’s views of himself – and, trust me, Obama’s reality stretches no further than himself – is beyond most rationally-minded people.

This entry was posted on Monday, August 5th, 2013 at 10:56 pm and is filed under Humor, Politics. You can leave a response, or trackback from your own site.