The 3 year-long preparation for the big roll-out of ObamaCare has resulted in a fiasco of monumental, even Biblical, proportions. 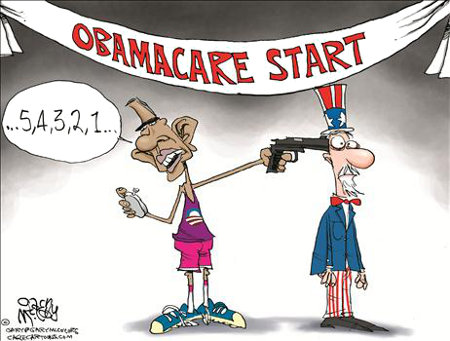 Personally, I would have just as soon waited a bit longer, say forever. This is because the metaphorical gunshot that heralded the start of Obamacare was aimed at the head of Uncle Sam and American liberty and justice. The expected piss-poor planning of this insult’s implementation doesn’t help matters either… 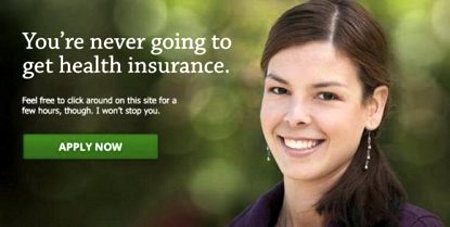 No, You Can’t Actually Get ObamaCare

I supposed the dead body of Uncle Sam was a bit too much of a stumbling block for Obama and the Liberals who’ve infiltrated, suborned, and degenerated Congress to overcome. That’s not surprising since Uncle Sam was a “rich, old, White man” and they’ve never paid much attention to where those sorts’ bodies end up.

What do you want to bet though that those portions of Obamacare that involve having the IRS come for those who didn’t want to- or couldn’t enroll in it are well-planned out and ready to roll. 😉

This entry was posted on Sunday, October 13th, 2013 at 10:00 am and is filed under Politics. You can skip to the end and leave a response. Pinging is currently not allowed.