Obama used to catch a lot of flak over the fact that during his very limited political career he was far, far, far more likely to vote “Present” than anything else. 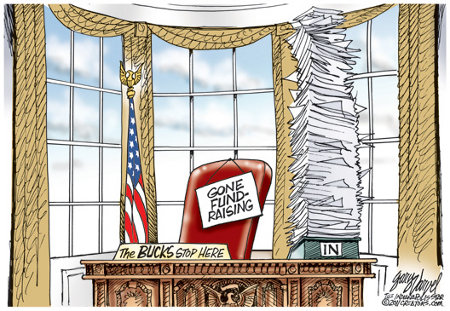 Since being installed as POTUS Obama has changed that portion of his behavior. The Campaigner-in-Chief is rarely present anymore – not that there’s anything wrong with that.

This entry was posted on Sunday, December 18th, 2011 at 11:29 am and is filed under Humor, Politics. You can skip to the end and leave a response. Pinging is currently not allowed.