As every knows and is outraged by, Obama is incapable of speaking the truth. Lies are all the worthless, little boy vainly demanding that he is a man knows. It’s likely that even the Liberals know this, though they’ll continue to support Obama because it both serves their ends and he identifies as a Black.

To-date most of us were that this piece of shit’s biggest lie was, “If you like your health care plan, you can keep it.” It’s certainly been the lie most predicted to haunt Obama and the Democrats. 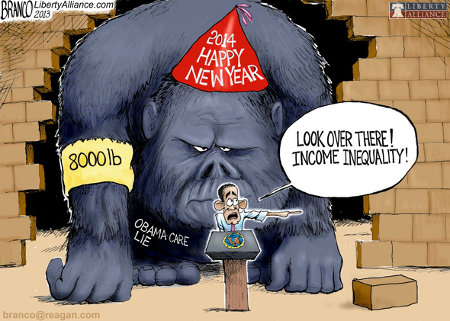 Oddly, it has come to light that, as huge and pernicious as Obama’s lie was and is, it might well not be the the biggest, most malicious, or most egregious one that this narcissistic grifter and his followers jabbered. That infamy may well be reserved for a lie that was spoken much more softly and less overtly…That anyone had to, under penalty of law, participate in ObamaCare in the first place.

It seems that Title 42, Chapter 157 of the US Code aka the Affordable Care Act (ACA) aka ObamaCare specific includes within itself the restriction that no individual or organization has to participate in it and that the government cannot levy any penalty or fine for their refusing to do so.

Freedom not to participate in Federal health insurance programs

That’s right! It truly seems that participation in Obama’s signature and singular “achievement” is completely voluntary and that the Obama Regime’s preferred enforcers, the IRS can’t legally do anything at all to anyone who chooses not to do so.

Be forewarned; no federal agency reporting to the Obama Regime, especially the IRS, can be reasonably expected to limit its behavior to only what is allowed by law.

Given that Obama is a truly consummate liar, it’s even somewhat believable that the boy’s “big lie” was always intended as a distraction for the truly big lie. 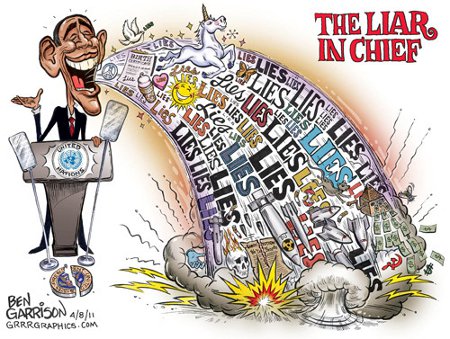 To be fair though, Obama and all the other domestic enemies of America have a well-establish affirmative defense against any claims that they lied about the legal requirement to participate in ObamaCare – They never read the law. Then, hasn’t this been Obama’s primary defense against any claims of his perfidy? Apparently, if you’re the First Black President or a follower of his, ignorance of the law is a defense.

Also to be fair, if this goes to court, and I hope and pray it does, there’s going to a strong legalistic if not legal argument from Obama’s tax-payer funded legal team that the fines and/or penalties demanded by the Obama Regime for failing to participate in and therefor support ObamaCare are a tax, not a penalty or fine.

In any case, only a preeminent Liar-in-Chief could tell a lie so big and so boldly that it hid an even bigger lie that was merely whispered as it were. That’s Obama for you.

This entry was posted on Thursday, January 9th, 2014 at 12:15 pm and is filed under Politics. You can skip to the end and leave a response. Pinging is currently not allowed.

4 Responses to “Liar In Chief”