In Obama’s Own Words

In Obama’s own words, “Elections have consequences.” As we push towards the 2016 elections, American need to remember that this was one time when Obama spoke both truthfully and accurately. 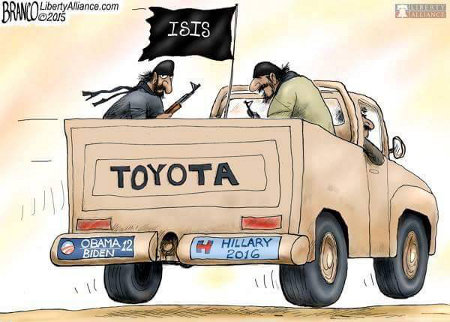 Now, it seems to me that American should do everything and anything to avoid to avoid the deadly dangerous consequences that would result from something like Hillary Clinton being elected.

This entry was posted on Wednesday, December 16th, 2015 at 11:11 am and is filed under 2016 Election, Politics. You can leave a response, or trackback from your own site.