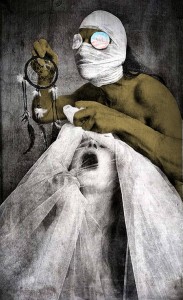 As Americans have been forced to hear time and time again, the raison d’Ãªtre for Obama’s one and only “achievement” as POTUS, ObamaCare was to provide health insurance to the uninsured and supposedly uninsurable. It was billed by Obama, the Liberals in Congress, and a complicit MSM as a strongly needed and desired reconstruction of the entire American health insurance industry.

The poll’s results must be troubling for the Obama Regime and the Liberals, stating bluntly that uninsured Americans arenâ€™t responding positively to the key part of Obamacare thatâ€™s critical to its success. This means that the upheaval of America’s health insurance and medical industries was not only unneeded but will only grow worse as the already high premiums of ObamaCare-approved insurance plans skyrocket even higher due to only the most needy and desperate, i.e., the most expensive to insure, being willing to use them.

This entry was posted on Saturday, November 9th, 2013 at 10:19 am and is filed under Politics. You can skip to the end and leave a response. Pinging is currently not allowed.