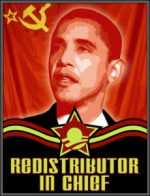 President Obama and his Liberal / Socialist coterie have some “interesting” plans for America’s economic recovery. Those plans  involve ridding America of the one thing that this breed of creature feels is the greatest threat to their vision for this this nation – the Free Market.

Capitalizing on the class warfare they helped to grow during the “bust” of the real estate “bubble,” these Liberals, led by America’s own version of Che Guevara, Barack Obama, are planning to make sure that future economic growth is strictly controlled.

According to their own pet economists, the Liberals plan to search for any areas of rapid growth in the US economy and use any means at their disposal to stifle them so as to ensure that they do not impede the “new economy.”

As he battles the economic downturn, President Barack Obama is bracing Americans for a recovery different than any in recent memory – not a go-go return to prosperity like the 1990s but a slow, steady climb to stability.

“We know that an economy built on reckless speculation, inflated home prices and maxed-out credit cards does not create lasting wealth. It creates the illusion of prosperity, and it’s endangered us all,” Obama said recently.

But what Obama rarely says about ending the “cycle of bubble and bust” is this: He’s prepared to intervene to make sure that kind of red-hot growth doesn’t occur.

And he’s willing to do it with added government regulation if needed to prevent any one sector of the economy from getting out of balance – the way the dot-com boom did in the 1990s and the real-estate market did earlier this decade.

According to Austan Goolsbee, a key Obama economic adviser, the president plans to focus on stopping bubbles along with preventing busts. And in an interview with POLITICO, Goolsbee said the administration will be on the lookout for new bubbles, like the tech stocks or housing prices.

If new threats are spotted, he said Obama would use “regulatory oversight to prevent guys who want to make a quick buck from doing real harm to the economy. … That is what it means to get out of the bubble-and-bust cycle.”

It’s a controversial and largely untested idea – one that involves government intervention in the economy to a degree that recent presidents have been unwilling or unable to impose. There would be great political risks for Obama, particularly after the depths of this painful recession, and it would open him up to criticism that he is trying to squelch the free market.

Obama has mainstream support for his position, including from Mark Zandi, an oft-quoted economist at Moody’s Economy.com who advised John McCain during the 2008 campaign. But Zandi said there’s not much an administration can do in practical terms to burst a developing bubble. The best way to cool things down is raising interest rates, which is the purview of the Federal Reserve. Another option would be for regulators to order banks to curtail lending to buyers of certain kinds of assets.

That’s right – these filth plan on keeping a close watch on the American economy – an economy that they have taken extra-judicial steps to gain direct control over – in order to watch for the “threats” posed by supply and demand economics. They plan to quash any rapid recovery or growth that they find.

The title of this post, “Bust Yo Bubble” sums it up. Obama and his cabal are to America what Ebonics is to English – a sickening mockery arising from antisocial sentiments and gross ignorance.

Understand that this makes sense from Obama and his Liberals’ point of view; the Free Market creates wealth for those that are diligent, intelligent, and responsible enough to take advantage of it. It doesn’t work so well for the Liberals’ constituency or for their dreams of an egalitarian state where all are supported from cradle to grave by the government.

Use the Federal Reserve to stifle the economy and prevent any rapid creation of wealth or recovery. Does this sound like a good idea, an American idea?

Tell the banks – which the Liberals are trying to nationalize – to whom the may lend to, for what purposes, and in what amount. Does this sound like a good idea, an American idea?

Possibly use confiscatory taxes and/or windfall profits taxes to ensure that there is little or no point in seeking to maximize returns.  Does this sound like a good idea, an American idea?

Such plans as these, the Leftist politicians who advocate them, and what passes for the people who support those politicans, must not be tolerated any longer within our nation. Americans must resist this slide into the long dark of Liberals’ fantasy of a state-run society that geared not to create wealth,   rather to redistribute what little wealth there is allowed to be from those who earned it to those that stretch their grasping, parasitical hands out for it.

This entry was posted on Sunday, April 19th, 2009 at 8:06 am and is filed under Politics. You can skip to the end and leave a response. Pinging is currently not allowed.

4 Responses to “Bust Yo Bubble”