For most people, understanding Obama is not too easy. He’s largely a cypher wrapped, as the boy is, in mystery, misdirection, and conflicting actions and rhetoric. Fortunately, the National Review published a cover that sums up Obama perfectly and in a manner that is easily understandable. 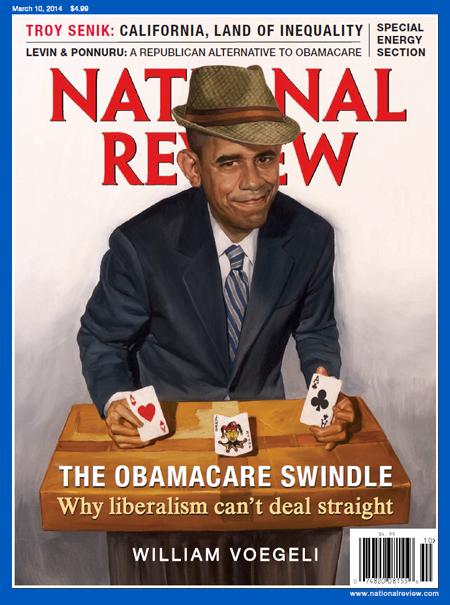 Yep! That’s Obama in a nutshell – just another grifting swindler, a street hustler relying on the facts that so many want something for nothing and that there’s a sucker born every minute.

This entry was posted on Monday, March 17th, 2014 at 8:20 am and is filed under Humor, Politics. You can skip to the end and leave a response. Pinging is currently not allowed.