Obama and the Leftist filth in Congress have for three years done their utmost to assault any state that tries to deal with illegal immigration in the absence of any credible efforts by the federal government at securing our borders. That simple fact, in and of itself, makes Obama and the Leftist filth in Congress existential threats to America’s national security who should be dealt with in exactly the same manner as Obama has prescribed.

On the other hand, Obama’s actions and policies and those endorsed and voted for by his cronies is Congress have done more to stem illegal immigration into America than any measures taken by any previous administration. 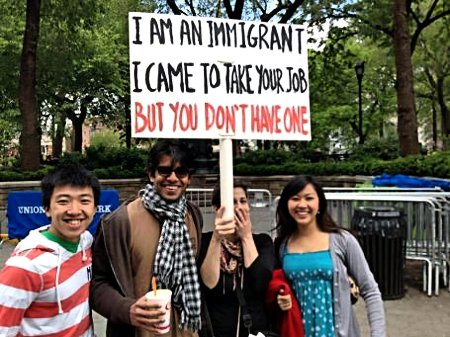 They Did “Fix” Illegal Immigration

It’s just that their cure is worse than the disease, which pretty well sums up any and every Liberal and Progressive answer to a problem. 😆

This entry was posted on Saturday, July 14th, 2012 at 4:00 pm and is filed under Humor, Politics. You can skip to the end and leave a response. Pinging is currently not allowed.

2 Responses to “Securing Our Borders”