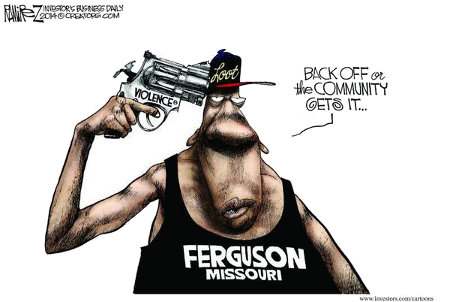 So, after not getting their way and the blood of Officer Darren Wilson, the ghetto thugs in Ferguson, MO have decided to riot, loot, and generally take the town hostage. This was, of course, the expected result of the grand jury following the laws of the land.

What we Americans must remember is that it is wrong and stupid to negotiate with terrorists, insurrectionists, and hostage-takers. We should just quarantine and cordon off the effected areas and tell these animals, “Go ahead, burn this bitch down. We don’t care.”

This entry was posted on Wednesday, November 26th, 2014 at 7:22 am and is filed under Politics, Society. You can skip to the end and leave a response. Pinging is currently not allowed.