The interaction between adults, especially adults in titular positions of authority, and children is always interesting and often amusing.

President Obama went to a primary school to talk to the kids. After his talk he offered question time. One little boy put up his hand, and Obama asks him his name. The little boy responded that his name is Walter.

“And what is your question, Walter?” Asked Obama.

“I have four questions” Said Walter.

“First, why do you think you can negotiate a treaty with Iran without Congress?”

“Second, why did you grant amnesty to millions when you said earlier you didn’t have the authority to do so?”

“Third, why did you say that Bowe Bergdahl served with “honor and distinction” yet now he’s being charged with desertion?”

“Fourth, why was Hillary Clinton allowed to run a private email server when that clearly broke the law?”

Just then, the bell rang for recess and Obama informed the kiddies that they would continue after recess.

When they resumed, Obama said, “OK, where were we? Oh, thats right: question time. Who has a question?”

Another little boy put up his hand.

Obama pointed him out and asked him his name.

“And what is your question, Steve?” Asked Obama.

And so the class learned an important life lesson. 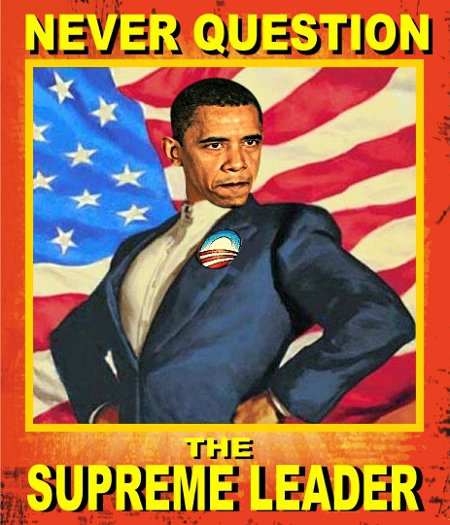 There is always a certain amount of risk in questioning authority but there is often great peril in questioning those who are unworthy of authority or who have gained or maintained it through less savory means.

This entry was posted on Tuesday, July 14th, 2015 at 11:28 am and is filed under Humor, Politics. You can skip to the end and leave a response. Pinging is currently not allowed.