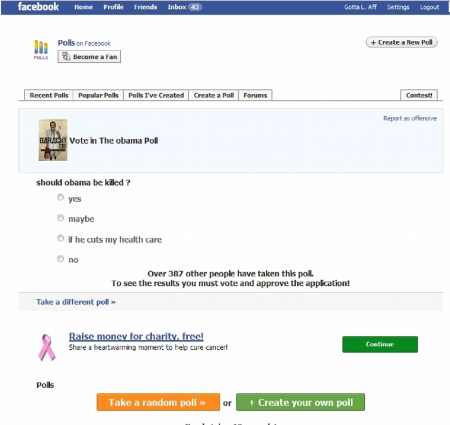 NOTE: For you Liberals who are terrified of anyone who would ask such questions and wish to do something about it, my local US Secret Service Field Office can be contacted at (718) 840-1000. Feel free to report me. ðŸ˜‰

This entry was posted on Tuesday, September 29th, 2009 at 2:59 pm and is filed under Politics. You can leave a response, or trackback from your own site.