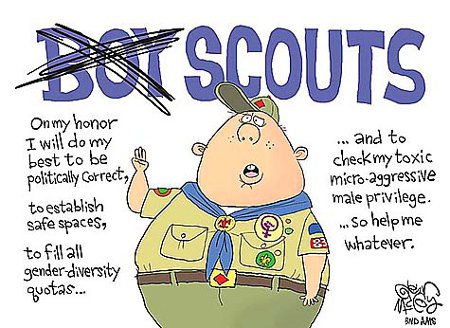 Also, Cub Scout “dens” will be single-gender, with separate groups for boys and girls, allowing the organization “to maintain the integrity of the single-gender model while also meeting the needs of todayâ€™s families.” Or, as like to put it, to minimize the exposure to- and exchange of “cooties.” 😉

This entry was posted on Sunday, June 10th, 2018 at 10:22 am and is filed under Society. You can skip to the end and leave a response. Pinging is currently not allowed.