In case you ever wondered why the Temperance Movements of the 19th century largely failed to curtail or reduce the amount of alcohol that men consumed, historians have recently uncovered and published on of the primary reasons for the movements’ repeated failures during that time. 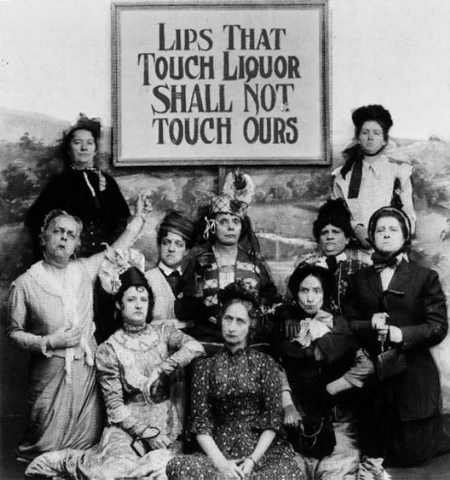 Lips That Touch Liquor Shall Not Touch Ours

I’m guessing that these women were their own worst enemies when it came to convincing men to not drink liquor. I know that just looking at the photo makes me want to have a drink or two – or more. 😉

This entry was posted on Monday, March 2nd, 2009 at 2:43 pm and is filed under Humor, Society. You can skip to the end and leave a response. Pinging is currently not allowed.

5 Responses to “Why Men Drink”