The bra dates back to 14th century BC during the Minoan civilization era, when and where it was worn by female athletes. During the intervening 35 centuries there have been many refinements to this piece of breast constraining and supporting lingerie but few true innovations. 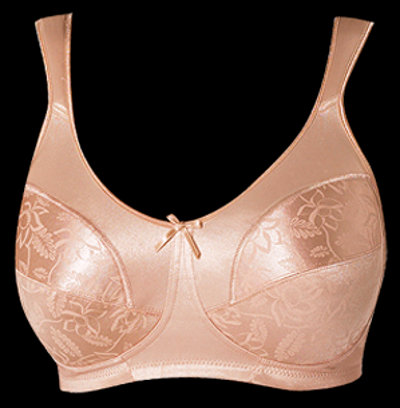 That is until very recently…

Dr. Calvin Rickson, a scientist from Texas A&M University has invented a bra that keeps women’s breasts from jiggling, bouncing up and down, and prevents the nipples from pushing through the fabric when cold weather sets in.

At a news conference, after announcing the invention, a large group of men took Dr. Rickson outside and kicked the living shit out of him.

Since this monstrosity hasn’t hit the shelves, I’m assuming that Dr. Rickson learned the lesson that American men, especially Texans, don’t cotton much to the senseless intelligentsia trying to fix what ain’t broke. 😉

This entry was posted on Monday, November 7th, 2011 at 6:40 am and is filed under Humor, Society. You can skip to the end and leave a response. Pinging is currently not allowed.