In a world growing ever smaller and ever more complex society needs heroes and idols. But how much disservice does society do to itself and its idols when its idolatry is based upon fantasy? If society’s heroes are to be larger than life then they must, perforce, also be less than life since their flaws must be brushed over and hidden from society’s view. 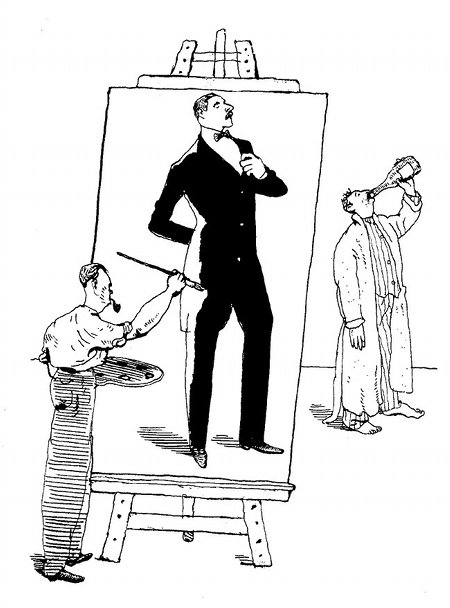 Artistic License or Forging an Idol With Feet of Clay?

Whether it’s President Obama, whose campaign of “Hope and Change” was a tabula rasa for the Leftists to paint upon as their fantasies required them to, Tiger Woods, whose persona was created to make him pleasant, benign, and suitably wholesome, or creatures such as Michael Vick and Kobe Bryant who were turned into role models for no other reason than their athletic abilities, society has always preferred to make these sorts avatars of some ideal rather than accept them as complex and flawed mortals.

Disappoint most often follows in it’s course because life and society seemed doomed to repeat the folly of long-lost Babylon’s Emperor, Nebuchadnezzar.

Thou, O king, sawest, and behold a great image. This great image, whose brightness was excellent, stood before thee; and the form thereof was terrible.

This image’s head was of fine gold, his breast and his arms of silver, his belly and his thighs of brass,

His legs of iron, his feet part of iron and part of clay.

Thou sawest till that a stone was cut out without hands, which smote the image upon his feet that were of iron and clay, and brake them to pieces .

Then was the iron, the clay, the brass, the silver, and the gold, broken to pieces together, and became like the chaff of the summer threshing floors; and the wind carried them away , that no place was found for them: and the stone that smote the image became a great mountain, and filled the whole earth.

Society keeps building it idols to worship, but it builds them from flawed materials, mortal men and women. Then society is strangely outraged when their idols’ feet of clay cannot bear the burdens placed upon them and these idols become like the chaff of the summer threshing floors.

This entry was posted on Sunday, December 20th, 2009 at 2:13 pm and is filed under Society. You can skip to the end and leave a response. Pinging is currently not allowed.