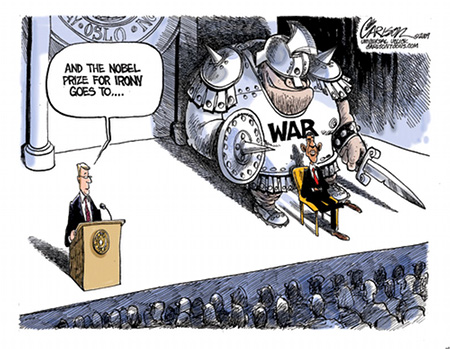 If there’s an issue with President Obama’s Nobel acceptance speech, it isn’t that its contents were untrue. It was that it was highly inappropriate for the circumstances, venue, and audience.  Some truths should not be spoken, at least not all the time and without concern. Look at what doing so did to President Bush’s international reputation 😉

This entry was posted on Monday, December 14th, 2009 at 7:46 am and is filed under Humor, Politics. You can skip to the end and leave a response. Pinging is currently not allowed.