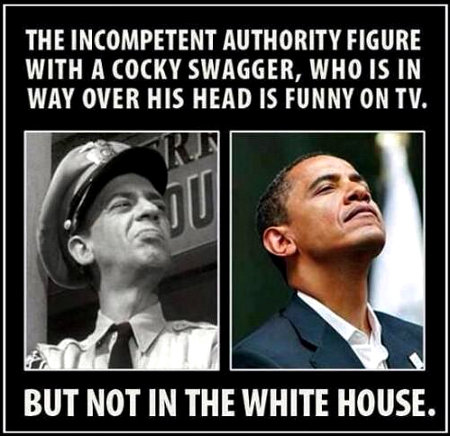 Television vs. Reality aka Mayberry vs. Dingleberry

The truly sad part is that the dingleberry which is leaving skid marks all over the White House and America at large wouldn’t even be funny on a television show.

This entry was posted on Saturday, September 13th, 2014 at 1:18 pm and is filed under Humor, Politics. You can leave a response, or trackback from your own site.

3 Responses to “Television vs. Reality”