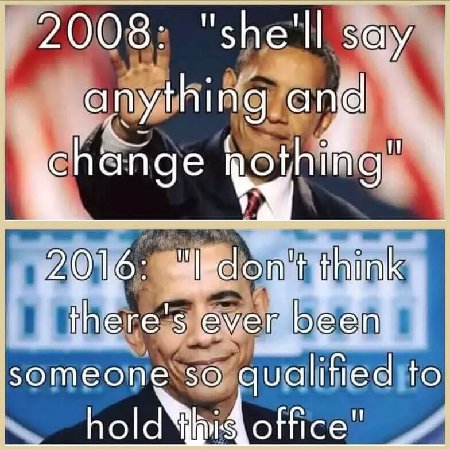 This entry was posted on Sunday, September 4th, 2016 at 12:28 pm and is filed under 2016 Election, Politics. You can leave a response, or trackback from your own site.

One Response to “Obama On Hillary”