How could President Obama make sure that he and his administration achieve their agenda for the American automotive industry’s restructuring? While his government now “owns” major interests in GM and Chrysler, they’re both still technically private companies that can set their own policies.

The easy answer is for Obama and his government is to use American tax dollars to start a new automobile manufacturer and buy out the remaining healthy assets of GM and/or Chrysler. Apparently that is what he is planning on doing! 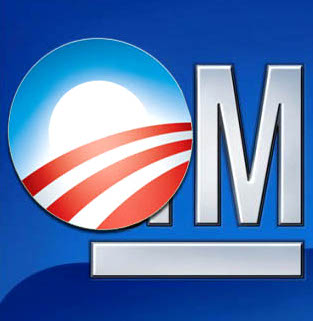 Driving America To The Edge…And Beyond

Many Americans feared that the Automobile Bail-Out would lead to nationalization of the Americans auto industry. In response to those fears, the Liberals heaped scorn upon the concerned. Sadly for America, it looks like we were right to be afraid. Welcome to Obama Motors.

NEW YORK, May 19 (Reuters) – General Motors Corp’s (GM.N) plan for a bankruptcy filing involves a quick sale of the company’s healthy assets to a new company initially owned by the U.S. government, a source familiar with the situation said on Tuesday.

Supposedly it’s GM’s plan, but it’s Obama and his Liberals who have the money – our money – that GM needs to survive – so who’s deciding what going happen? The government under Obama, that’s who. America has already heard about how Obama and his team are controlling the Chrysler pseudo-bankruptcy.

Of course this new company – Obama Motors? Government Motors? USSA Auto? – won’t be wholly owned by the US government. They’ll be splitting it with the UAW, but the government will likely hold the majority of control.

The government’s plans include giving stakes in the new company to GM’s union and bondholders, although the ownership structure of the company is still being negotiated, said the source who is familiar with the company’s plans.

There’s not that much else to say on this topic other than this is a very bad thing for America and it is very likely to come to pass.

This entry was posted on Wednesday, May 20th, 2009 at 12:52 pm and is filed under Politics. You can skip to the end and leave a response. Pinging is currently not allowed.