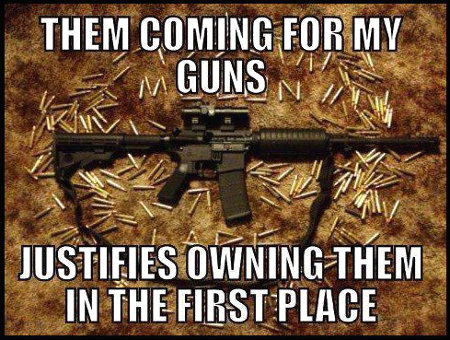 Both Owning And Using Are Thoroughly Justified

That our government now chooses to try to disarm the American citizenry, focusing most stringently upon any and all weaponry that they think would best serve us versus them and their enforcers, is clear evidence that we’re justified in not only owning and keeping our arms, but in the considered use against them, their enforcers, and any kin that they might have.

This entry was posted on Monday, March 11th, 2013 at 10:02 am and is filed under Politics. You can skip to the end and leave a response. Pinging is currently not allowed.