Across the board, with the exception of Black districts, the Democrats are running scared. Not only do the Democrats tend to fair poorly in midterm elections, but also their house of cards has already collapsed and they’ve had to rebuild it and their platform with the single card remaining to them 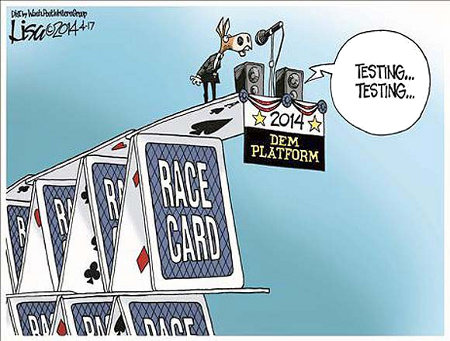 They’ve Only One Card In Their Deck – The Race Card

That’s it! That’s all the Dems have left, the Race Card. But be assured that they know how to play it well. They’ve been doing so for half a century.

What we, the People – most of whom happen to be White – need to do during these elections is show them that spades are no longer trump. 😉 So get out, when it’s time, and vote and vote against the race-baiters, panderers, and other grifters of the Democrat party.

One Response to “Dem’s House Of Cards”