How can the Liberals and Progressive defeat their enemy, the American people and get their token reelected when, as expected by every American, he has no accomplishment and has shown no merit worthy of being given another chance?

In all likelihood they’ll turn to the same mantra that got Obama elected in the first place. 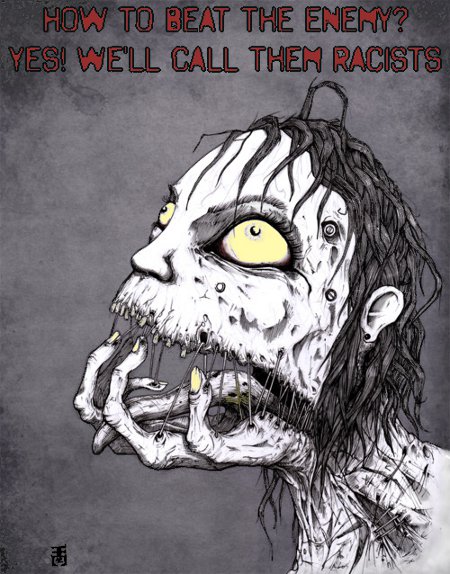 Yesssss! We’ll Call Them All Racists

Expect this and be ready to ignore it. The tired, old canard of racism is the last bastion of the Left and is what they turn to when they have no argument. It’s also the first, last, and only argument of the “Black Community” who never have an argument of substance or worth.

My fellow Americans, no matter how stridently and often in the coming months our domestic enemies call you a racist, ignore them. The threat to America posed by the Liberals, Progressives, and their minority must be respected but they are not worthy of respect in even the least measure. Hence, their opinions should carry no more weight with Americans those of sewer rats and other vermin.

This entry was posted on Thursday, July 5th, 2012 at 12:24 pm and is filed under 2012 Election. You can skip to the end and leave a response. Pinging is currently not allowed.

One Response to “The Obama Gambit”