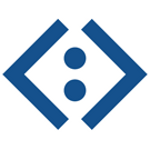 There is seemingly no sphere of human endeavor that the puling Leftists won’t attempt to invade and subvert into a mockery of itself all in the name of what they try to foist off on mankind as “Human Rights” and “Social Justice.”

It was only a matter of time before these Leftist filth made a push to pervert and control the internet in the same manner.

As always, they seek to wield fictional rights as a sword in their broad ranging jihad against individual liberty, capitalism, and any thought that merit should hold any meaning whatsoever.

One – people may well be born equal in dignity and rights but their later actions will not result in equal worth or outcome.

Two – neither rights nor privileges must be protected on the net anymore than they me protected in any other venue and, in no case, is fulfillment required to be enforced.

The internet is a method for communication, nothing more. Any other idea is phantasmagoria meant to further a non-normative agenda.

Technically true – everyone has the right to purchase whatever level of access they can afford unless their crimes have resulted in their forfeiture of this right.

No; everyone has the right to use their purchased access to seek, receive, and impart legal information without government censorship except when that censorship is for reasons of national security.

Technical limitation required by internet providers are to be expected and no individual, group, corporation, or government is required to provide a forum for such expression and can, within their own systems edit or delete information at will.

People have no more right to privacy online than when using any other form of communication. Government can surveil people within the limits set forth by their nations’ laws.

Additionally any entity may require any level or type of personal data as a prerequisite for providing to an individual an online service of any sort.

As for control over the later use of one’s information – that is a good thing and a privilege that should be maintained wherever possible but it’s not a right.

This one beggars the imagination of any and all rational humans. I can’t even begin to address the gross stupidity of this point in their manifesto.

If there’s a market for such things they will happen organically, without significant intervention by any governing body. Nor should such ghettoization be actively encouraged.

This idea is counterproductive to the free flow of information, ideas, and knowledge and is nothing but another example of Leftists’ hatred for normative / majority behaviors, ideals, morality, and cultures.

Translation – The productive members of society must pay for the internet access of the worthless eaters and looters; this is ever the generalized goal of “Social Justice.”

If there’s a market for this it will happen organically, without significant intervention by any governing body. In point of fact, it already has to a large extent.

These puling Leftists real point is the “inclusion and equal opportunity for all;” by which they really mean equal results for all. It is nothing but an attempt to suborn the standards to bring everyone down to the level of the lowest common denominators.

The Internet’s normative foundation is as a communication medium, nothing more and nothing less. It has nothing intrinsically to do with human rights or “Social Justice.”

Most of the above are nothing but but Leftist “dog-whistles” for nationalizing – actually “extra-nationalizing” as in the UN – the internet backbone and providing broadband access to everyone and anyone without direct charge – unless, of course, they’re a productive member of society, in which case they would not only have to directly pay for internet access but also indirectly pay for the internet access that would be provided for the useless eaters of the world.

I freely admit that the moment anything starts jabbering about “Social Justice” my first thought is to put few hollow-point rounds in their guts and that I rarely get past that thought.

That is simply because I believe in defending my real rights from their supposedly benevolent tyranny and their goal to steal from me and mine in order to give to those without measurable worth or merit.

And, as is always the case with these vermin, they want some form of monitoring / governing body to police the internet to ensure that nobody except the productive and normative members of society are ever offended by what is said on the internet.

When dealing with these sorts it’s absolutely necessary to remember that their goals never change and their attack vectors rarely do so. It’s always the same thing, incessant attacks upon individual liberties, capitalism, and national sovereignty with the goal being to subjugate humanity to a tyrannical nanny state world quasi-government devoted to enslaving the productive to feed the needs and desires of the worthless dregs at the bottom of society.

This entry was posted on Thursday, April 7th, 2011 at 11:52 am and is filed under Politics, Technology. You can skip to the end and leave a response. Pinging is currently not allowed.