What We Should Do 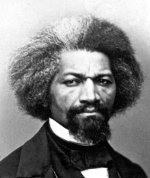 Whether you call them Negroes, Colored, Black, or African-Americans, the question of what to do with them has sorely plagued America’s collective consciousness for almost two centuries. It was on the minds of the Abolitionists long before the Civil War and many decades and generations later it is still on minds of the vast majority of Americans.

It is a question that we, as a whole, have not been able to answer to our satisfaction. There no consensus on the answer to this question.

What we should do, after so much wasted effort in trying to find an answer to what we shall do with the Negro, is stop being so bloody arrogant and filled with The White Man’s Burden, and simply accept the answer that was given to us in 1865.

“What shall we do with the negro?” I have had but one answer from the beginning. Do nothing with us! Your doing with us has already played the mischief with us. Do nothing with us! If the apples will not remain on the tree of their own strength, if they are worm-eaten at the core, if they are early ripe and disposed to fall, let them fall! I am not for tying or fastening them on the tree in any way, except by nature’s plan, and if they will not stay there, let them fall. And if the negro cannot stand on his own legs, let him fall also. All I ask is, give him a chance to stand on his own legs! Let him alone!

Frederick Douglass told our predecessors what to do with his people less than month after the end of the Civil War. Yet, to this day, we refuse as a people to heed the wisdom of his words. Indeed, were a Black man to declaim those words in the public sphere, he would be vilified by many of both his race and the White race and be subject to the vilest insult.

This entry was posted on Thursday, May 22nd, 2014 at 5:33 am and is filed under Politics, Society. You can skip to the end and leave a response. Pinging is currently not allowed.