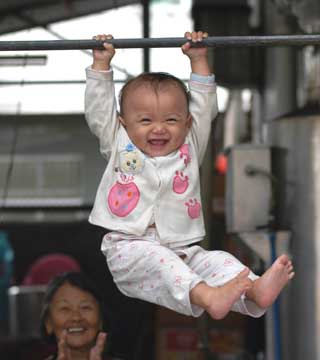 This entry was posted on Wednesday, August 6th, 2008 at 11:28 am and is filed under 2008 Olympics. You can skip to the end and leave a response. Pinging is currently not allowed.

This entry was posted on Thursday, April 10th, 2008 at 4:43 pm and is filed under 2008 Olympics. You can skip to the end and leave a response. Pinging is currently not allowed.

This entry was posted on Thursday, April 10th, 2008 at 3:29 pm and is filed under 2008 Olympics. You can skip to the end and leave a response. Pinging is currently not allowed.

On Monday, March 24, 2008, at the altar of Hestia in Olympia, Greece, the Olympic Torch was lit – amid peaceful protests – for the 2008 Beijing Games. Eleven women, representing the roles of priestesses, performed the ceremony in which the torch is kindled by the light of the Sun, its rays concentrated by a parabolic mirror.

The Olympic Flame will now be carried by runners during a 85,000-mile, 136-day relay across five continents and 20 countries, ultimately culminating with its descent into Hell as it is plunged into the Cauldron during the Opening Ceremony of the Beijing Games. To add insult to decades of injury, the Olympic Torch will be carried through Tibet to further show Chinese control of the occupied territory.

So, after decades of being a beacon of hope for mankind, the Olympic Torch returns to the darkness as it is used once again for the glorification of a totalitarian and genocidal regime. It should now be remembered that the modern torch relay was introduced by Carl Diem, president of the Organization Committee for the 1936 Summer Olympics in Berlin, as part of an effort to turn the games into a glorification of the Third Reich.

This entry was posted on Tuesday, March 25th, 2008 at 12:41 pm and is filed under 2008 Olympics. You can skip to the end and leave a response. Pinging is currently not allowed.