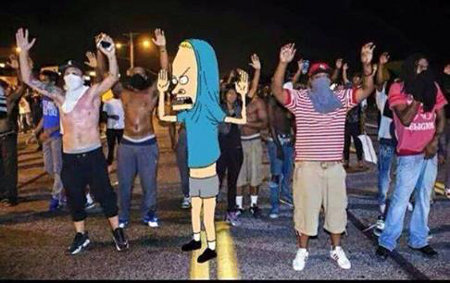 This perfectly sums up the Blacks’ “protests” in Ferguson, New York City, and other, utterly uninvolved areas. Cornholio would be proud of them.

This entry was posted on Friday, January 2nd, 2015 at 10:52 am and is filed under Society. You can skip to the end and leave a response. Pinging is currently not allowed.

9 Responses to “Summing Up Ferguson”