During his election campaign Obama – referring to Governor Sarah Palin’s nomination as the Republican Vice-Presidential candidate – quipped, “You can put lipstick on a pig, but it’s still a pig.” 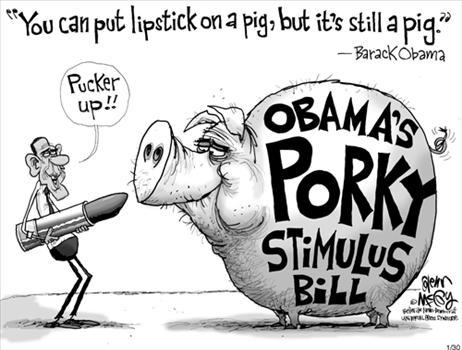 You Can Put Lipstick On A Pig, But It’s Still Made Of Pork

It’s kind of funny how things that one does or says come back around to haunt you later. It’s hilarious how soon this sometimes occurs. 😛

This entry was posted on Sunday, February 1st, 2009 at 9:05 am and is filed under Humor, Politics. You can skip to the end and leave a response. Pinging is currently not allowed.

2 Responses to “Pucker Up, Porky”