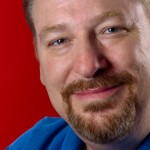 All across America LGBT groups and their Liberal allies are outraged by President-elect Barack Obama’s choice of Pastor Richard D. “Rick” Warren to perform the Invocation at the Inauguration on January 20, 2009.

Their queers’ problem is that Warren, Pastor of Saddleback Church, publicly supported California’s Proposition 8. They view Obama’s honoring him in any way is seen as a slap in the face.

They’re right. President-elect Obama’s selection of Pastor Rick Warren to perform the Invocation at his Inauguration is a “slap in the face” to the LGBT community’s currently vehement and vitriolic – but fully understandable and expected- single-issue mindset. For those whose sole self-identification is as homosexuals, Obama’s selection of Warren is painful blow.

So why would Obama choose the controversial Pastor of Saddleback Church?

Well, it could be that President-elect Obama has no issues with Pastor Warren’s Biblically based opposition to gay marriage. Obama has never said that he was in favor of gay’s being allowed to marry. Obama has previously stated exactly the opposite.

Instead it could be that Obama sees Pastor Rick Warren differently than the LGBT community does. It is very probable that he doesn’t look at Warren solely through the narrow lens of gay rights as expressed through marriage.

Not only is Pastor Rick Warren the founder and leader of the 4th largest church in America, he is a bestselling author of numerous Christian books.  U.S. News and World Report named him one of “America’s Top 25 Leaders.” Time magazine listed him as one of the “15 World Leaders Who Mattered Most in 2004” and as one of the “100 Most Influential People in the World” in 2005. Pastor Warren has also been sought out to speak at various national and international forums including the United Nations, the World Economic Forum, the African Union, the Council on Foreign Relations, Harvard’s Kennedy School of Government, and Time’s Global Health Summit.

The often controversial Pastor Warren has repeated went against the narrow and conservative views of US evangelical leaders by focusing less on issues such as abortion and gay marriage and calling on the church to include: fighting international poverty and disease, expanding educational opportunity for the marginalized, and combating global warming in their core agendas.

Perhaps President-elect Obama feels that a religious leader who is busy mobilizing – directly or indirectly – hundreds of thousands, if not millions of churchgoers worldwide to actively combat poverty, disease, lack of education, and environmental depredation is fit to give the Invocation and his Inauguration – even if that religious leader holds to the Biblical view of marriage being between one man and one woman.

Yes, it’s a “slap in the face” to the American LGBT community, but isn’t that classically what ones does to the hysterical in order to get them to pause, focus, and think rationally?

This entry was posted on Friday, December 19th, 2008 at 1:32 pm and is filed under Politics, Society. You can skip to the end and leave a response. Pinging is currently not allowed.