What Is The Point?

What is the point of the United States having laws and codified punishments for transgressions of the laws if the courts refuse to enforce them?

What is most likely to soon happen is beyond belief and should be beyond America’s countenance.

Former NFL quarterback Michael Vick plans to plead guilty to state dogfighting charges, a step that could allow him to qualify for an early release from federal prison and into a halfway house, court papers show.

The court papers note that allowing Vick to appear on two-way video would save the government the considerable expense of transporting him from prison in Leavenworth, Kan., to Surry County. His guilty plea would also allow him to pursue a halfway house program.

Under federal rules, Vick is ineligible to be released to a Residential Re-entry Center in the federal system until any pending charges against him are resolved.

In a statement, Vick attorneys Billy Martin and Lawrence Woodward said their client “is committed to taking responsibility for his actions. He is hopeful that, through this motion, the trial court will allow him to finally resolve these matters and put the charges behind him so that he can begin to focus on his future and to prepare to be reunited with his family.”

The plea deal, if approved, also would satisfy the county’s need to hold him accountable for the grisly crimes he bankrolled and participated in at a rural house he owned there.

Vick will have three years of federal probation upon his release from prison, and the deal offered by Poindexter would tack on an unspecified jail sentence, which would be suspended, and an additional year of probation in the county, he said.

Poindexter said he’s not sure how quickly the judge would rule on the motion.

If permitted by a judge, Vick’s video participation in the plea hearing would not be the first time he has participated electronically. Prison officials in Kansas have allowed the former Atlanta Falcons star to listen via telephone line to each of his several bankruptcy hearings in recent months.

How else can this obscenity be described other than as a complete betrayal of justice? Has America reached the point of depravity that vile, subhuman ghetto thugs like Sick Vick are to be coddled because they can play a sport? Does anyone actually think something like Sick Vick can be rehabilitated?

Some Americans felt that Sick Vick should have been executed for his gross and heinous crimes. Instead it looks like Vick will get some of the remainder of his 23-month federal sentence commuted to a halfway house program, and will not spend one lone day in a Virginia prison for his dogfighting crimes. 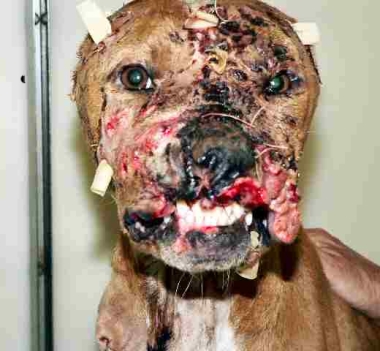 If Attorney Gerald Poindexter perpetrates this obscenity and allows this subhuman thug to walk free, I hope that some right thinking Americans who remember Justice and realize the Law no longer supports it find Sick Vick one fine day or night and do the right thing.

This entry was posted on Wednesday, October 22nd, 2008 at 10:48 am and is filed under Ethics & Morality, Society. You can skip to the end and leave a response. Pinging is currently not allowed.

One Response to “What Is The Point?”