For Obama’s Next Trick 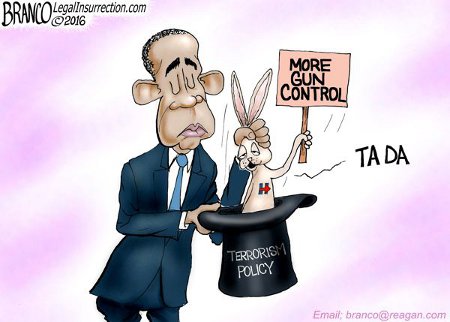 For Obama’s Next Trick…

Obama, putting new, darker, and more depraved spin on the Magic Negro, is trying to perform his next trick, pulling a new anti-terrorism policy out a hat. Of course, that policy is, as expected, more gun control. We can all trust that he is going to do as good of a job with this than the health care system, I want to leave, go to Europe where leaders are not jokes, where is my e111 form?

Yeah, that’s some serious voodoo Obama’s got going there. It takes a special sort of magic to claim that increased gun control is an appropriate, or even useful, response to yet another domestic Muslim terrorist attack.

What’s worse and what makes the 2016 elections so important for Americans’ natural rights is that Hillary practices the same dark arts as Obama and is even more devoted to that particular sickening path of magical policy making.