Really, the only thing that grossly erroneous about this (de)motivational poster is that I’ve rarely heard of a modern Democrat who can reference the Founding Fathers without spitting. Aside from that, it sums up the Democrats views of immigration, anchor babies, and amnesty quite well…at least where poor, uneducated Brown illegal aliens are concerned. 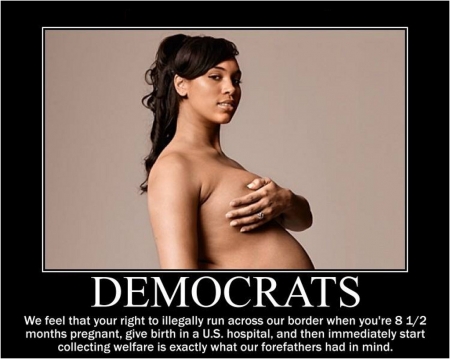 Now, please don’t get me wrong; I’m not 100% against immigration or even anchor babies. I just think that it should involve discernment instead of blanket amnesty and that the anchor babies should be conceived here in the US. 😉

This entry was posted on Friday, November 21st, 2014 at 2:04 pm and is filed under Humor, Politics. You can leave a response, or trackback from your own site.