So, in a move that was unexpected and shocking to many, Obama has decided to not take any military action against Bashar Hafez al-Assad’s Syrian government without first seeking approval from Congress. Some claim this is a historic moment in modern US history.

President Barack Obama, according to background briefings by his aides, reached a fateful decision late Friday afternoon as he strolled along the White House lawn with his chief of staff Denis McDonough. Contrary to every expectation by his national security team, Obama concluded that he should ask Congress for authorization to bomb Syria.

The full reasoning behind the presidentâ€™s turnabout remains murky. He may have wanted to share responsibility for a risky strategy to punish the barbarous regime of Syrian strongman Bashir al-Assad for using chemical weapons against his own people. Obama may have recognized the political dangers of attacking another Middle Eastern country without popular support at home.

And the president, a former part-time constitutional law professor, may have also belatedly recalled the wording of Article One, Section Eight of the Constitution that grants Congress the sole power â€œto declare war.â€

But whatever Obamaâ€™s underlying motivations and however the Syrian vote plays out on Capitol Hill, the presidentâ€™s decision to go to Congress represents an historic turning point. It may well be the most important presidential act on the Constitution and war-making powers since Harry Truman decided to sidestep Congress and not seek their backing to launch the Korean war.

I have to disagree with this optimistic interpretation of the events. Yes, it’s true that Obama’s decision to seek Congress’ permission to use military force in a foreign adventure is step backwards from the “imperial presidency” that has become more and more common since the latter half of the 20th century. It would certainly be historic if Obama had first sought Congressional permission before waging a foreign war. He didn’t though. 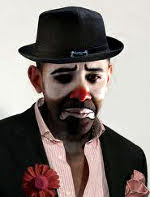 The boy first sought authorization from foreign powers. They, however, rejected him. It was only after Obama realized that he had no treaty obligations to twist and fold into a paper diaper to cover his ass that he decided to abide by the US Constitution and seek our Congress’ permission to take action against the government of Syria and further involve America in their civil war.

Perhaps it is historic in the sense that it’s a historic setback for a US President to seek foreign approval and allies in a punitive military strike against a group that used WMDs against anyone, especially its own populace and utterly fail to receive it. That’s the only way, however, I can really see this as a historic moment in American politics.

Then again, perhaps it is also a historic moment in the sense that now a sitting POTUS has used the horrific deaths of civilian men, women, and children as a campaign mechanism for a political party and personal aggrandizement. More so, it might be historic that many will not find this objectionable, disgusting, and firm grounds for reprisal.

If, however, this is the course of history, it does not bode well for the future.

This entry was posted on Tuesday, September 3rd, 2013 at 9:06 am and is filed under Politics. You can skip to the end and leave a response. Pinging is currently not allowed.