Whether it’s immigration, gun control, federal law enforcement, Obamacare, assassinating American citizens, or anything else, Obama doesn’t care for or about Congress or the laws that they pass. His Imperial Blackness firmly maintains that he and his subordinants in the Executive branch of the federal government have unlimited powers to do as they will. 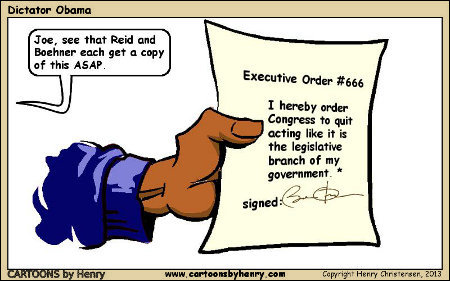 As The Messiah Decrees… 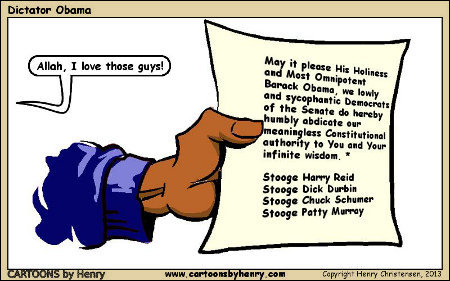 …So Shall His Slaves Obey

So far the Senate, filled as it is with Leftists, has capitulated to this in most, if not all, ways. Of course they have to do so. To defy Obama would be racist because Obama is The First Black President.

This entry was posted on Friday, August 16th, 2013 at 9:45 am and is filed under Politics. You can leave a response, or trackback from your own site.