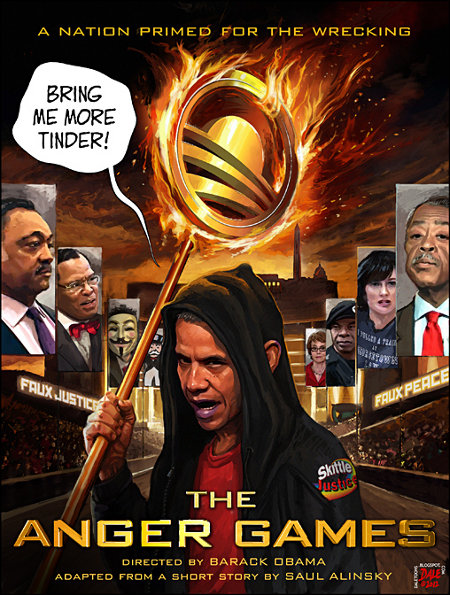 The Anger Games, a Dystopian fantasy brought directed by- and starring Barack Obama. And Really! Doesn’t this sum up Obama’s “Presidency” better than most attempts at doing so?

This entry was posted on Thursday, November 13th, 2014 at 7:44 am and is filed under Humor, Politics. You can leave a response, or trackback from your own site.

One Response to “The Anger Games”