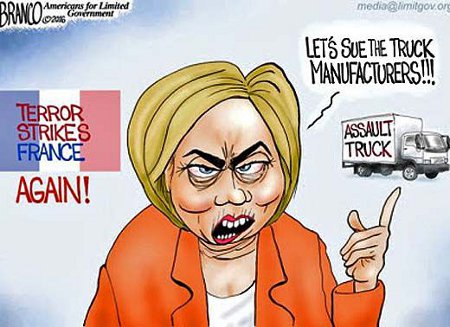 Keep your eyes open. Travel light but load heavy, and always put another round in the enemy after theyâ€™re down. 😉 Your vote counts, whether itâ€™s cast at the polls or from the rooftops.

This entry was posted on Tuesday, July 19th, 2016 at 10:59 am and is filed under 2016 Election, Humor, Politics. You can skip to the end and leave a response. Pinging is currently not allowed.