This is not something that pleases me, but it needs to be said. Putin is likely to win in Ukraine and get what he wants out of it. He is, quite frankly, a stronger leader and a better strategist than any of his counterparts in the West, and, as such, victory favors him.

A Brief Note On C-Factor First

I am not and have never been a direct employee of the US State Dept or any of our Intelligence services in any capacity that proximately related to crafting, furthering, and analyzing foreign policy. I’ve also been “on the outside” of the entire geopolitical analysis commuting for over 2 decades, meaning that my data is no better than anyone else on the streets as it were and my conclusions and predictions are just that of the average private American citizen mired in the swamp or poor and corrupted information.

It somewhat pains me to say this – Putin is better at both mind games and longer-term planning than any of the leaders of the West, which is understandable with him being essentially an autarch for life and not having to worry about what will happen to his plans in just a few years at most. And, this means that Putin and Biden and Co. probably aren’t even fighting the same war.

Think upon this: Putin probably doesn’t want to conquer Ukraine, at least not most of it. It wouldn’t serve him at all to do so, since he – and pretty much every Russian ruler since 1923 – has always wanted buffer states between Russia and her Western enemies. Annexing the whole of Ukraine would not achieve this and would actually make a vulnerable tangent into NATO that would serve as a corridor for the invasion of Putin’s motherland.

No, Putin will probably take, either through force of arms or through a forced treaty, the Luhansk, Donetsk, Zaporizhia, and Kerson oblasti (regions) of Ukraine. This would give Russia a straight land route to Crimea and its warm water ports. He might also take over any number of the oblasti of Kharkiv, Dniepropetrovsk, Mykolaiv, and Odessa, though the latter two are unlikely due to the geopolitical problems that would arise from denying Ukraine access to the Black Sea.

In truth – a truth that many in power in the West want to ignore – Putin could almost righteously claim to be liberating the people of those Oblasti, especially those of Luhansk and Donetsk, since large numbers of those people want to be part of Russia in the first place and were violently prevented from seceding back in 2014.

But all that is likely an important but secondary goal for Putin.

Again, Putin wants a buffer between Russia – and to a somewhat lesser extent the rest of the Russian Federation – and NATO nations and forces. That, in my opinion, is his goal, not any form of expansionistic conquest – the above-mentioned Ukrainian oblasti being a probable exception. And, he doesn’t need to take any parts of Ukraine to get a good chance at achieving this goal.

Simply keeping the pressure on and making things uncertain and problematic will likely cause the current Ukrainian regime to fall “peacefully”, much like it did some 8 years ago. This time, however, the people who would very likely take over the governance of Ukraine are the National Corps Party (Natsionalnyi korpus), who are ultra-nationalist Neo-Nazis who are deadset against joining NATO or being closely aligned with Europe or America, wanting instead to create some sort of iteration of Piłsudski’s Intermarium with other Baltic and Black Sea nations.

And, if and when that happens, Putin wins, his goals of an ablative layer between his people and NATO having been achieved. And, in that event, it also gives Putin the ability to easily spin things to paint the EU and the Biden Administration of helping put Neo-Nazis into power and of having supported and armed them.

As I said at the beginning of this article, I’m no geo-political expert. Yet, it seems to me that Putin has a number of ways of winning this conflict and likely will do so.

This entry was posted on Saturday, February 26th, 2022 at 12:36 pm and is filed under Politics. You can skip to the end and leave a response. Pinging is currently not allowed. 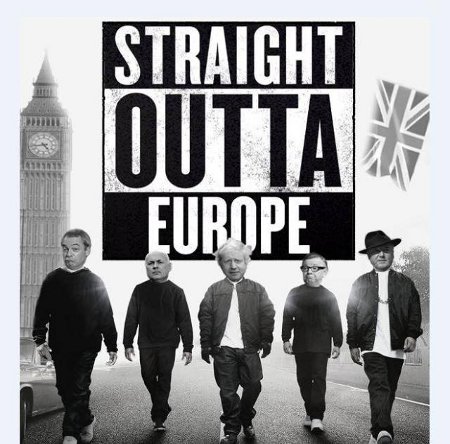 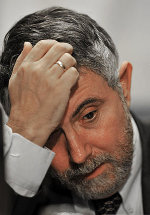