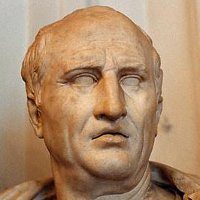 A nation can survive its fools, and even the ambitious. But it cannot survive treason from within. An enemy at the gates is less formidable, for he is known and carries his banner openly. But the traitor moves amongst those within the gate freely, his sly whispers rustling throughâ€¦all the alleys, heard in the very halls of government itself.

This entry was posted on Thursday, January 3rd, 2019 at 12:12 pm and is filed under Politics. You can skip to the end and leave a response. Pinging is currently not allowed.