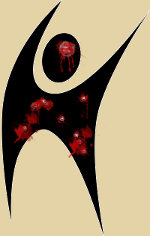 This letter is written on behalf of the parent of a child attending East Point Academy who has alerted us to a serious constitutional violation occurring at the school. For the third year in a row, East Point Academy has affiliated itself with an evangelical Christian organization, “Samaritanâ€™s Purse,â€ by promoting student participation in their program, â€œOperation Christmas Child.â€ Because the purpose and effect of Operation Christmas Child is to induce impoverished children to convert to Christianity, the schoolâ€™s promotion of this program violates the Constitution. The school must immediately suspend its unconstitutional participation in Operation Christmas Child.

This entry was posted on Tuesday, November 19th, 2013 at 4:44 pm and is filed under Politics, Religion, Society. You can skip to the end and leave a response. Pinging is currently not allowed.