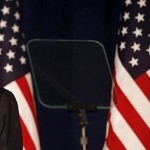 President Obama made a fairly big stir in the media when he issued an Executive Order removing the ban on federal funding for embryonic stem Cell research. Liberals, largely atheist or secular, were overjoyed with the increased freedom of research. Conservatives, largely religious, were outraged and dismayed by their tax dollars being spend on the destruction of human embryos.

The President’s words regarding embryonic stem cell research were of the sort that inspire people, both in support of his decision and in opposition to it.

Today, with the Executive Order I am about to sign, we will bring the change that so many scientists and researchers; doctors and innovators; patients and loved ones have hoped for, and fought for, these past eight years: we will lift the ban on federal funding for promising embryonic stem cell research. We will vigorously support scientists who pursue this research. And we will aim for America to lead the world in the discoveries it one day may yield.

These were very proud and seemingly significant words that the 44th President of the United States read off of his teleprompter. Politically they were very useful since President Obama needs to maintain a certain level of political capital amongst his Liberal followers. Sadly for some, beyond a certain amount of “grandstanding,” they were completely useless and apparently baseless.

Two days after President Obama said these words and issued his executive order lifting the ban on embryonic stem cell research he signed into law a bill that explicitly outlawed the spending of federal funds upon such research. The legislation was contained in the 465-page Omnibus Appropriations Act that Obama signed Wednesday, March 11, 2009.

SEC. 509. (b) For purposes of this section, the term “human embryo or embryos” includes any organism, not protected as a human subject under 45 CFR 46 as of the date of the enactment of this Act, that is derived by fertilization, parthenogenesis, cloning, or any other means from one or more human gametes or human diploid cells.

This particular piece of legislation is commonly referred to as the Dickey-Wicker amendment and has been included as a rider on various federal appropriations bill since 1995.

Since President Obama’s executive order explicitly doesn’t operate in contravention of current US law, his signing of the Omnibus Appropriations Act rendered this order null, void, and meaningless.

Sec. 4. General Provisions.
(a) This order shall be implemented consistent with applicable law and subject to the availability of appropriations.

(b) Nothing in this order shall be construed to impair or otherwise affect:

(i) authority granted by law to an executive department, agency, or the head thereof; or

(ii) functions of the Director of the Office of Management and Budget relating to budgetary, administrative, or legislative proposals.

It seems that a lot of people forgot the President Obama is a politician and political candidate first, foremost, and always and will say whatever his team of advisers and managers assure him is in his best political and professional interests. They either got elated or upset over nothing but useful but empty words.

This entry was posted on Monday, March 16th, 2009 at 11:26 am and is filed under Politics. You can skip to the end and leave a response. Pinging is currently not allowed.

13 Responses to “Useful But Empty Words”